How To Start A Business With Just A Phone Call

Imagine spending days writing a business plan, weeks trying to get money and months developing a website just to find out no one wanted your product from the beginning. Or alternatively you have a great idea but you don’t think you can pursue it because you don’t have enough money to do it and then one day someone else does it and then you’re cursing them for beating you to it.

What if you could avoid both of these scenarios with a phone call?

Today One Minute London is a video booking platform for restaurants, bars and experiences but back when I had just an idea it was very different to that. The initial thought was videos would be a cool way to scout restaurants - better than reading reviews that had questionable credibility and looking at pictures of empty venues. So the plan was to make the equivalent of movie trailers for restaurants - but the cool thing is we would have this interactive skin that would allow you to make bookings directly through the video.

Now I had this cool idea, I decided to find out if anyone else would feel it was just as cool as I did and more importantly would they feel it was cool enough to pay for it. So I put together a list of restaurants and started calling them up -yep, good old cold calling!

The first person I spoke to said he wasn’t interested in a video to add to his website as his website wasn’t getting much traffic so in my next call I added to my pitch that the video will be listed on a online video guide that we will be launching and also we’ll add the videos to all your existing online listings. Every time someone said no to me, I would ask them why and then add this as a new feature to this fictional product. I kept on doing this until someone was interested in the product enough to give me a meeting. 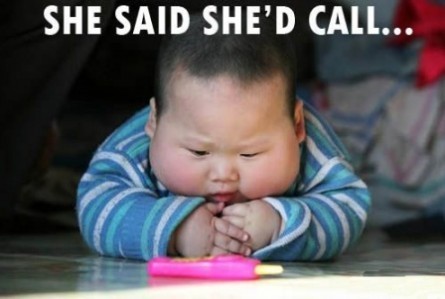 Still with no idea how much it would cost me to build this product or whether it was even actually feasible, I had a meeting with a potential client. I turned up to the meeting with nothing to show and pitched the product for the first time. Each time a objection came up I would think of a semi-sensible answer on the spot until finally he said the word…“Yes.” It took a moment to sink in but I had my first sale for a product that didn’t exist.

No company name, No product, No website, No money invested - but I had a sale.

So confident in my idea I could have gone off built the technology and website, spent money on marketing it and the whole shabang but I would have put all that time, money and effort without actually knowing whether anyone would actually buy my product. By just calling around I was able to understand my market and their issues better, develop the product in my mind and fundamentally make sales and generate revenue. I then went away and found out how much money I would need to build the product and started pre-selling the product until we generated enough money to fund the first version of our website.

Now, are you ready to make that phone call?

For a while now i’ve toyed with the idea of putting the rants and raves of my ever so restless mind down on paper but I didn’t want to do it until I could answer the question of “Why?.” According to Simon Sinek, the answer to this... Continue →