5 Books Every Entrepreneur Should Read 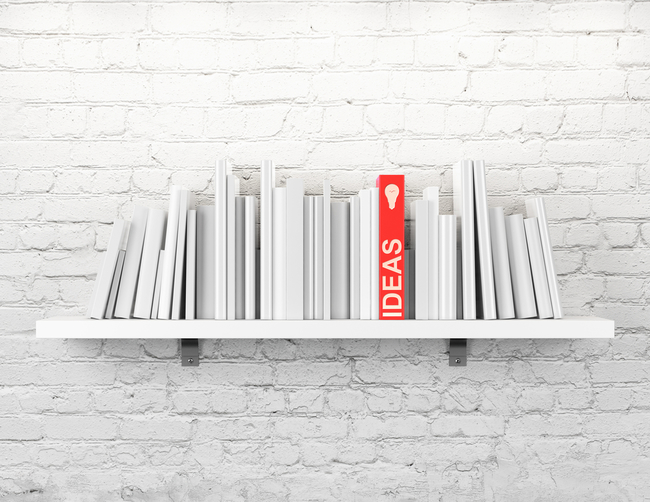 When I was a kid I wasn’t much of a reader – in fact I would do anything to get out of it. My Dad was quite big on reading and would take us down to the library regularly but classic case of a rebellious child, the more I was told to do it the less I understood the value of it. And then it happened – on my year out before Uni I decided to start reading on my way to work and I was hooked.

I’ve been a cinephile since I was a kid and one of the main reasons for this was films’ inherent ability to take you into someone else’s world – great books did this for me but captured my imagination and inquisitive mind further. The experience felt more intimate where you could feel everything the character feels with access to their innermost thoughts. It gives you the liberty to be more than an observer and the opportunity to live their life.

But I’m not here to convince you to read although you are seriously missing out if you don’t. I’m here to tell you the books that inspired me to be an entrepreneur and continue to help me along the way. Some of the books are not specific to entrepreneurship but just great books that give you a new perspective on the world.

So here’s my top five: 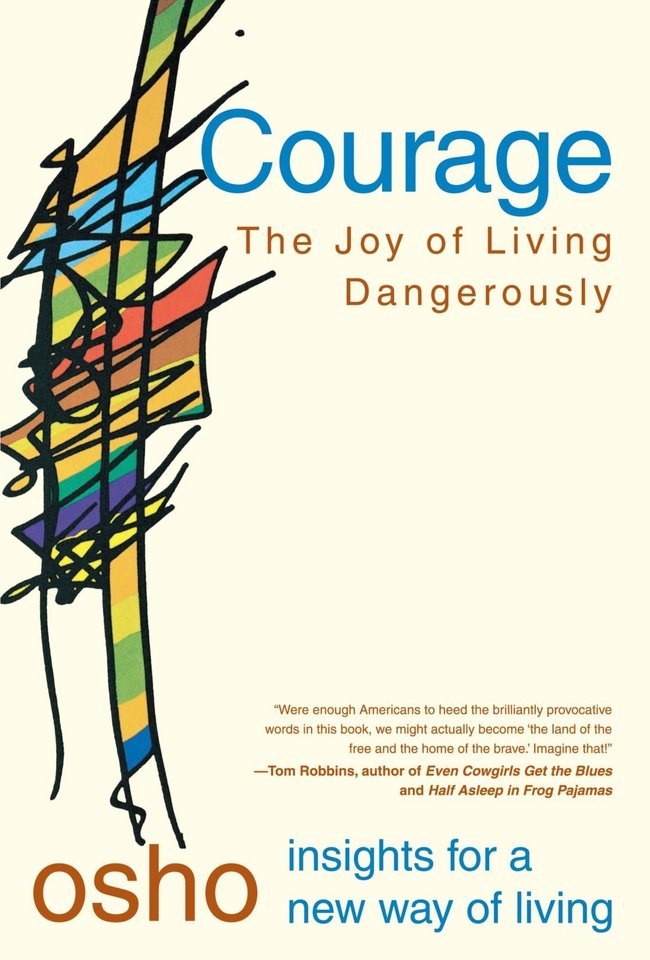 1. “Courage: The Joy of Living Dangerously” by Osho

The chances are if you’ve ever met me, at some point I have probably recommended this book to you. This is a book not just all entrepreneurs should read but one everyone should read! It is a little book that had one of the biggest impacts that any book has ever had on me. It is not a business book but one about life. Now it’s not one of those self-help books that tell you how to live your life – on the contrary it only asks you questions about how you live your life right now.

It is based on the simple concept that courage is not the absence of fear; rather it is the total presence of fear with the courage to face it. In this book Osho extrapolates this concept across different aspects of life inspiring you to live outside of the confines of your own ideals. Read it with an open mind and at the very least it mind just reaffirm the way you are living your life. 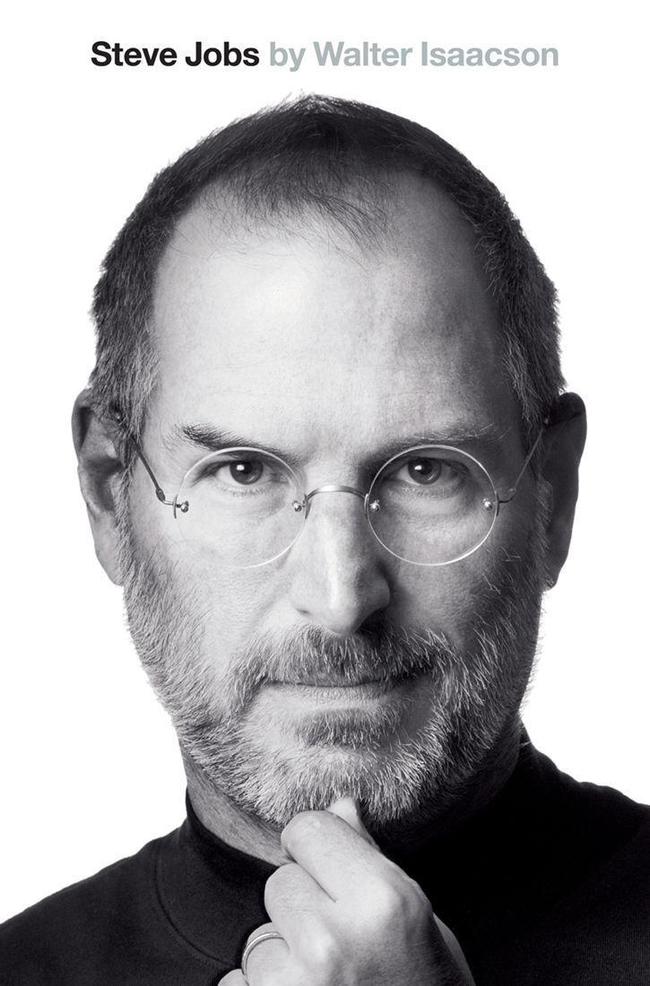 I’m a big fan of biographies and this has to be one of the best I have read. Not just because Steve Jobs is a compelling subject but the narrative is engaging and the details are on point. Isaacson gives the reader an extraordinary account of Job’s professional and personal life with an unflinching insight into a brilliant, if flawed, man with no holds barred. It changed my perspective on how we build products and what I think is important.

The book shows you how Jobs was able to push others around him to excel and build two of the greatest companies of our time – Apple and Pixar. Most incredibly, it explores the psyche of a man who led the launch of three revolutionary products even after being diagnosed with terminal illness. Whether you like Apple or not, fancy starting a business or not, know who Steve Jobs is or not (where have you been?) – this book is a brilliant read about a truly remarkable man who brought beauty to the world with not just the gifts that made him a genius, but because of the flaws and eccentricities that made him a person. 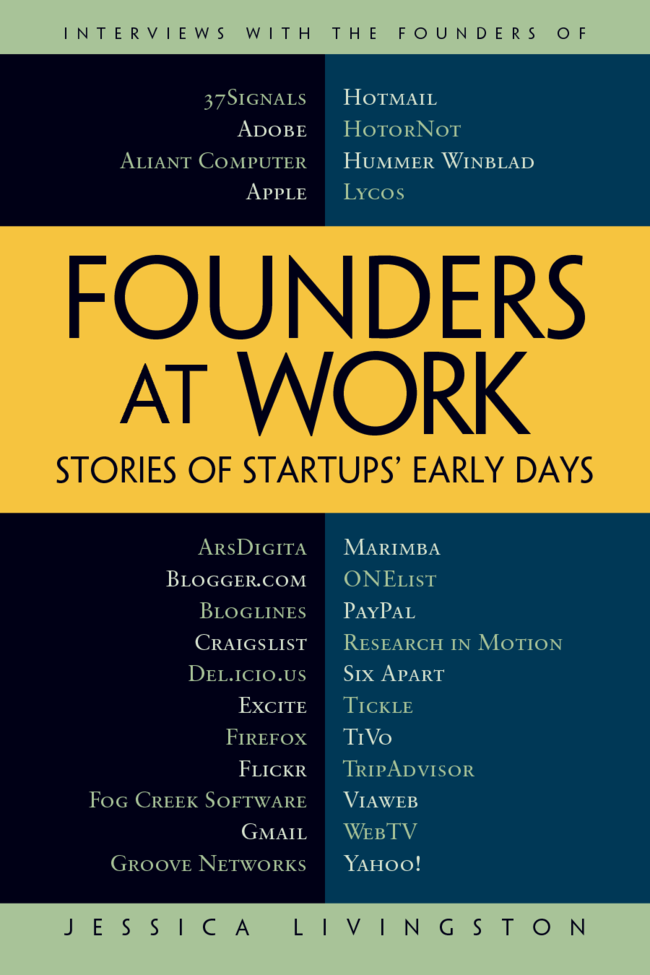 This book is a series of fascinating interviews with the founders of now-ubiquitous companies such as Hotmail, Apple, Gmail, Paypal, Yahoo, Tripadvisor, Blackberry, Adobe, Flickr and many more. It is astonishing and at the same time reassuring to know that very few of the greatest entrepreneurs knew what they were doing when they first started and that many of the ideas emerged accidentally, after many failures or experiments.

Each chapter is a different story of a startup founder and the range of early stage experiences of such an eclectic mix of founders is inspiring whether you’re already running your own business or thinking about starting one. It is a great opportunity to learn from the mistakes and successes of others. 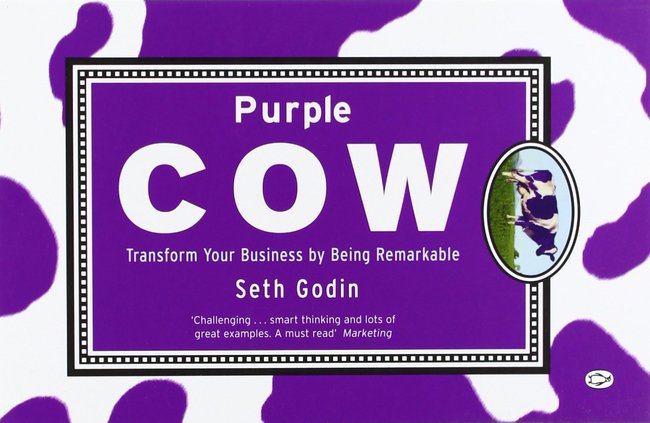 Although this was written over ten years ago, the key ideas in this book ring true more today than ever before. Seth Godin’s concise book is not about how to become a Purple Cow but explains why you need to be a Purple Cow. What is a Purple Cow you ask?

Cows, after you’ve seen one, or two, or ten, are boring. A Purple Cow, though…now that would be something. Purple Cow describes something phenomenal, counterintuitive, exciting and “remarkable”. Every day, consumers come face to face with a lot of boring stuff - a lot of brown cows - but you can bet they won’t forget a Purple Cow. And it’s not a marketing function that you can slap on to your product or service. Purple Cow is inherent. It’s built right in, or it’s not there. At times repetitive but a simple book with a powerful message supported by great examples that make you question the way you think about your own business. 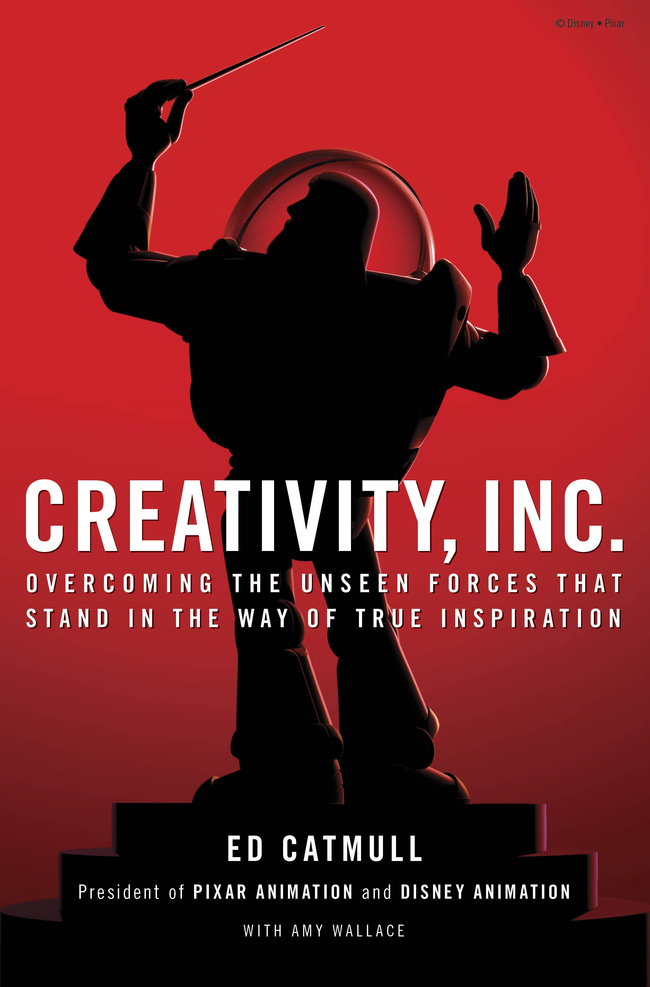 From Ed Catmull, co-founder of Pixar Animation Studios, comes an insightful book that is in parts a “how-to” on inspiring creative culture, productivity, leadership, and work/life balance in the office – while also being a charming behind-the-scenes look at how some of my favourite animated films have been made.

The valuable lessons in this book are demonstrated by Catmull’s own trials and tribulations while building Pixar from a small creative company that made the first ever animation movie ‘Toy Story’ to now the most successful animation studio in the world. Creativity, Inc. is a book for managers who want to lead their team to new heights, a manual for anyone who strives for originality, and the first-ever, all-access trip into the nerve centre of Pixar Animation—into the meetings, post-mortems, and “Braintrust” sessions where some of the most successful films in history are made.

So there you have it, my “must reads” for anyone looking to start a business or already out there hustling. I think it’s fair to say if I didn’t get lost in books, I’d be lost in life so go find yourself.

3 Startup Lessons from ‘The Wolf of Wall Street'

The much debated ‘The Wolf of Wall Street’ based on the memoirs of real life stock market fraudster Jordan Belfort opened to packed screens and divided audiences when it released. A story of our times, a cautionary tale or a merry fable... Continue →